Early Sunday Morning, Quint 1 was alerted as the first due truck company for a reported porch on fire on Wall Avenue in Pitcairn. Pitcairn FD arrived on scene and reported a working structure fire, fire through the roof. The Quint arrived and short jacked in the alley for aerial operations and deployed ground ladders. The Quint operated on scene for about 2 hours until released by command. Special thanks to First Due Photography for the pictures. 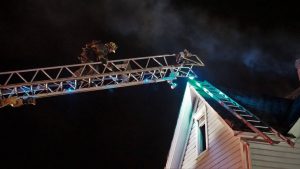 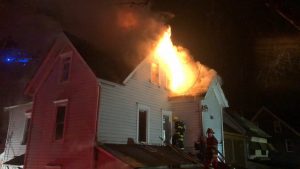 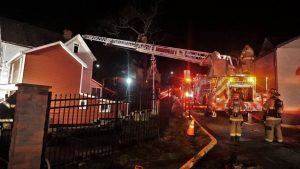 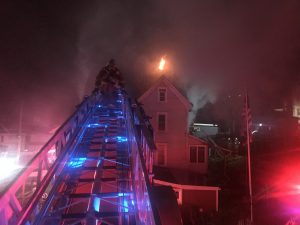